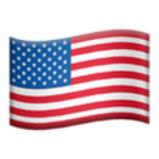 In the beginning of the viaGood project, there were eight developers who had worked for over ten years on the successful viaReality project in the field of real estate marketing. Among others, they produced mobile applications for large international brands (e.g. RE/MAX), but also operated their own websites, and CRM system with magazine distribution (over ten million issued copies) for the general public. They became number two in their segment on the Central European market.

A car accident that changed a life

In 2012, the project’s founder, Michal Valta, had a serious car accident. His personal driver succumbed to microsleep and at a speed of 87 mph crashed into a stationary truck. Nothing happened to the driver, but Michal sustained over 27 injuries, some of which were life-threatening (ruptured liver, fractured skull, crushed elbow and many others). He spent a total of 6 weeks in hospital and, after a series of complicated operations, remained home-bound until the end of the year. He slowly learned to walk again and gradually returned to life. But the life he returned to was no longer the same as before. After being extracted from the daily rush of business activities and having an unexpected amount of free time (recuperating in a hospital bed and then at home), along with the realization of how easily life can end, made him think about what his real role in life was, and what was really worthwhile.

Dissatisfaction as one of the motivations

However, there was a long way to go to viaGood after the 2012 accident. Another important element was Michal’s growing dissatisfaction with the state of the world. Deforestation, the disappearance of wildlife, the industrial slaughter of animals, pollution of the ocean, as well as rising CO2 levels, led him to the conviction that something had to be done very rapidly about this state of affairs.

His idea was to create a system in which a large number of people would get involved, and thanks to technology, their engagement in the process of improving the world would be effectively multiplied. But he had no more specific idea at the time.

In 2015, a small team of four employees was formed within Michal’s company, who began to discuss the actual possibilities and to carry out extensive market research.

In 2016, there was already a rough idea of how the project would function. It was clear that it would be a mobile application with a global reach. So it made the most sense for the USA to become the first country where it would be launched.

Michal and his close team began collaborating with CzechInvest, a government agency supporting startups. They attended a number of international events, fairs and competitions (among others, TechCrunch in New York, SXSW in Texas and TechCrunch in San Francisco). He visited the last-named fair in September 2017 with the future CTO of the viaGood project, Martin Janíček. They both realized how much potential the viaGood project had, and that it was not possible to keep both projects going at the same time – viaReality real estate marketing, which had been operating for several years, as well as the newly emerging viaGood.

It was necessary to choose only one project.

In October 2017, Michal decides to leave viaReality and start devoting himself exclusively to viaGood. This is a difficult decision – all the more difficult because the cessation of the long-term viaReality project also means the cessation of all income. It is necessary to find investors.

Within two weeks, two angel investors, Tomáš Brožek and Karel Herink, provide the initial capital to create the first prototype of the viaGood application. The programming of version 1.0 begins.

Collaboration with CzechInvest agency increases even further. In the spring of 2018, Michal flies to Silicon Valley with the first prototype of the viaGood mobile application.

A series of concept verifications starts. Michal attends over 300 meetings, presentations and feedbacks. He also holds a number of pitch presentations for investors, gaining further experience. At the same time, he perceives the different technological culture in Silicon Valley, in California and the United States. Some of the activities also take place in New York, Florida and Texas.

In San Francisco, he meets Howard Steinberg, who becomes a major addition to the project. The latter’s contacts and experience across the Silicon Valley technology community advance the viaGood project another leap further.

viaGood as a social network

In September 2018, the project obtains another investment and the application rather begins to be transformed into a new social network.

2019 is the year of growth. The original team grows to 14 people. In addition to working on the technological development itself, the viaGood team resolves the complex aspects of the legislative background of the project. Towards the end of 2019, viaGood Foundation is established in San Francisco, having auspices over the entire project.

At the beginning of 2020, the viaGood application with working version 3.0 is completed and ready to be launched on the AppStore.

The Covid-19 pandemic spreads and significantly complicates the marketing of the entire project.

In May, viaGood is launched in a pilot version and attracts the first hundreds of users by the end of the year.

Another significant investment follows and, together with immensely valuable feedback from the first users, helps to shape the requirements for the final form of the application. The upgraded version has the working number 4.X and its production will take the whole of 2021.

This version contains a number of significant changes and improvements. The application comes alive through gamification. This upgrade also allows for the involvement of volunteers, including the organization of events and signing of petitions. This encompasses the whole ecosystem of a unique environment for the engagement of millions of people who, like the viaGood development team, believe that it is possible to change the world through good deeds.

Version 4.X will gradually be released throughout 2021.

The simplified story of viaGood is captured in a short video (2:20) here.

Be the first to know!

We're working hard to make the Android version available on Google Play as soon as possible. Please submit your email address to be informed right away. (We do not send unsolicited mail, of course).